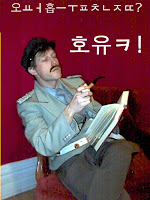 What are you working on now, and can you tell us anything about it?

I’m working on a science-fiction comedy called The Magnificent Moots. It’s The Hitch-hiker’s Guide to the Galaxy meets Ender’s Game meets A Wrinkle in Time meets The Royal Tennenbaums. There might be a graphic novel aspect to it. If it comes off the way I hope it does, it will be delightfully strange, much weirder and funnier than The Order of Odd-Fish.

Other than imagining humorless critics as parasites living in your fingernails, how do you handle bad reviews?

I actually write all my bad reviews myself, in the occasional drunken fit of self-hatred, and publish them under pen names. No actual, competent reviewer would ever give me a bad review. What could they possibly criticize? To ask such a question is to answer it.

If you were to pretentiously start writing your autobiography tomorrow, what would you tentatively title it?

The language in Odd-Fish is advanced. What is one word you really like that is NOT in the novel?

What is one thing that you have always and will always find hilarious?

Finally, has the fire really been burning since the world’s been turning, or can we actually place blame on some individual, generation, or entire culture?

Billy Joel protests too much. I’m guessing he’s the one who started the fire.

Check back tomorrow for the following:


And on Thursday night, be the first to enter The Order of Odd-Fish contest!
Posted by Paul Michael Murphy at 8:36 PM

That was one strange video clip... Spen-sa...

Strange, yes. But for some reason, I liked it.

I really enjoyed today's questions. I have always wondered who really started the fire. :-)

i can't wait to hear your two year old reading from the book. of course, when my children were two, they were geniuses, and could read all of Shakespeare's works. i dont want to make you feel inadequate as a father or anything....

good interview. It just keeps getting better. I had always wondered about that burning world issue. tyvm

He had me at "...meets the Royal Tennenbaums"
I'll read that.
(Rushmore is still my favorite Wes Anderson movie, though)

@Tracy Edward Wymer: See, it's addictive! My wife discovered that clip, and for a week we were both continuously talking like "Ben Bernanke."

@Lily: I agree, Rushmore is the best Wes Anderson movie in a walk.

That might be taking "omit needless words" a little far, Chris.

Ooooo, the Magnificent Moots sounds....well, magnificent!
I hope there is a character named Spencer in it! 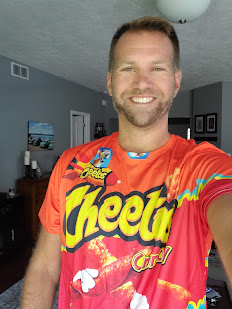